Unlike last year the event was two days and included an after party. Skaters from all over the United States such as Adam Tyler from Florida, Asher Bradshaw from California and even a skater from Brazil came to the event. The first day was 14 & Under contest and 15 & up contest. 14 year old Adam Tyler out of Graffiti Skate zone in Florida took home first in the 14 & under division ending his run with a Front Noseblunt on the down rail. Kevin Phelps came out on top of the 15 & up contest, landing nearly every trick in his run and ending it with a huge big flip over the pyramid. Day 2 was the working class jam in the morning and the shop invitational contest for the rest of the day. Tons of shops from around the country went head to head in 3 minute long jams with 3 skaters per shop. Graffiti Skate won the shop invitational with a flawless run in the finals. Overall the second annual New England Am was a complete success, everyone killed it and Im stoked to see what next years holds. 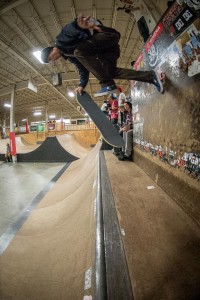 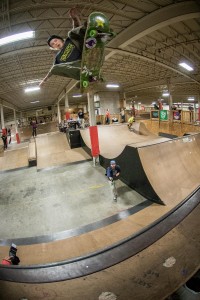 118 Comments on New England Am!