ABQ’s golden step-son, Ryan Maddox, is a skateboarder of a million talents–He’s like a swiss-army human. He just dropped a full-length skateboard video which is twice the length of anything people are putting out nowadays (“Black 2.0”), he sews, he screenprints, he plays badass punk rock & roll AND he’ll slide a curb longer than a mobster’s list of regrets. But today, we showcase his eye behind the lens of a still camera–Dive in to the Albuquerque skate scene, it’s tight.

Evan Smith doesn’t live in ABQ but he fits in with the architecture quite well, wouldn’t you say? Ollie up, pump to fakie. 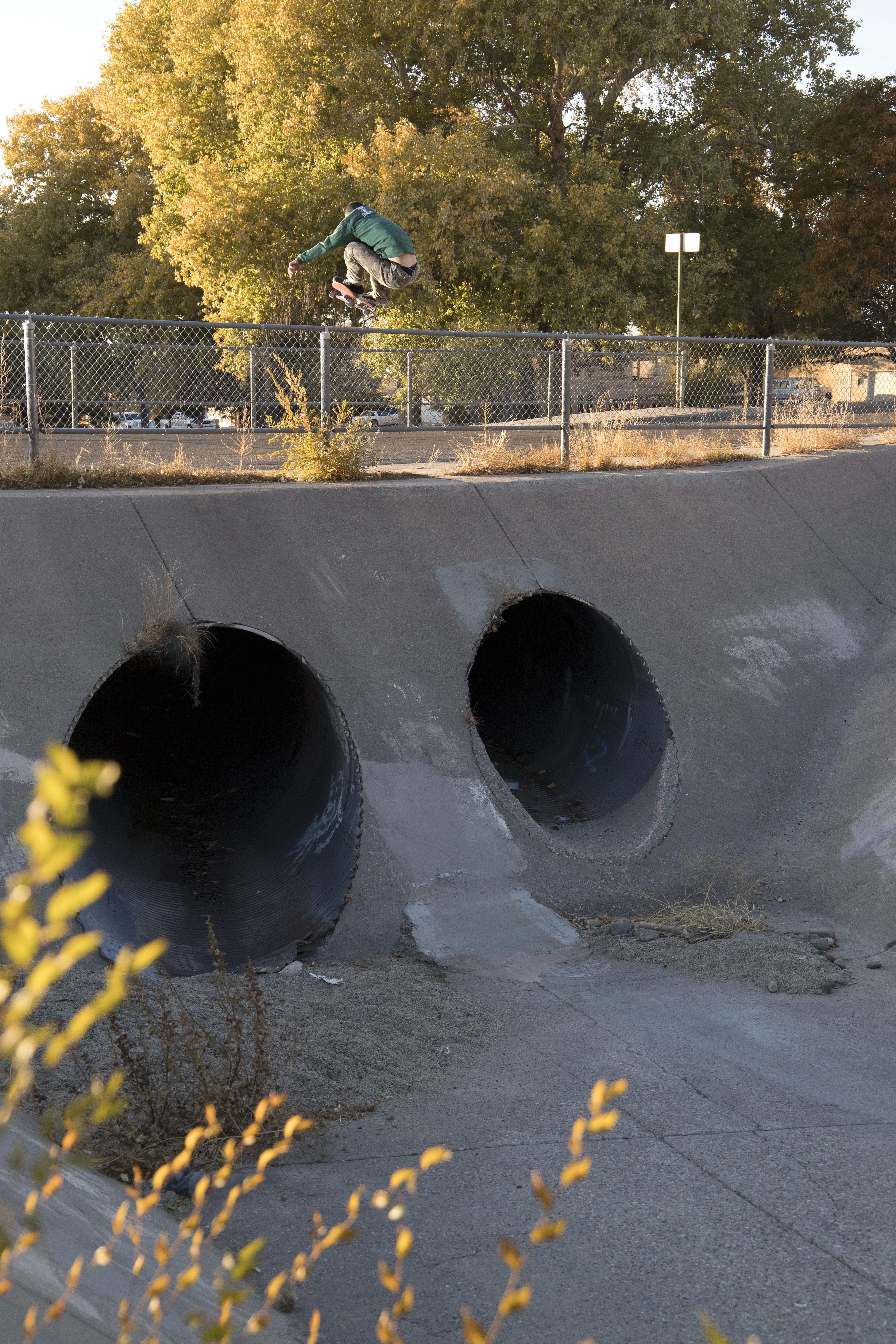 Mike D says he got his pop from pushing tens of miles at a time in Michigan–I’d say it paid off. Ollie blaster out the ditch to the street. Check “Black 2.0”, he may or may not have late-shuv’d it too *winky face*. 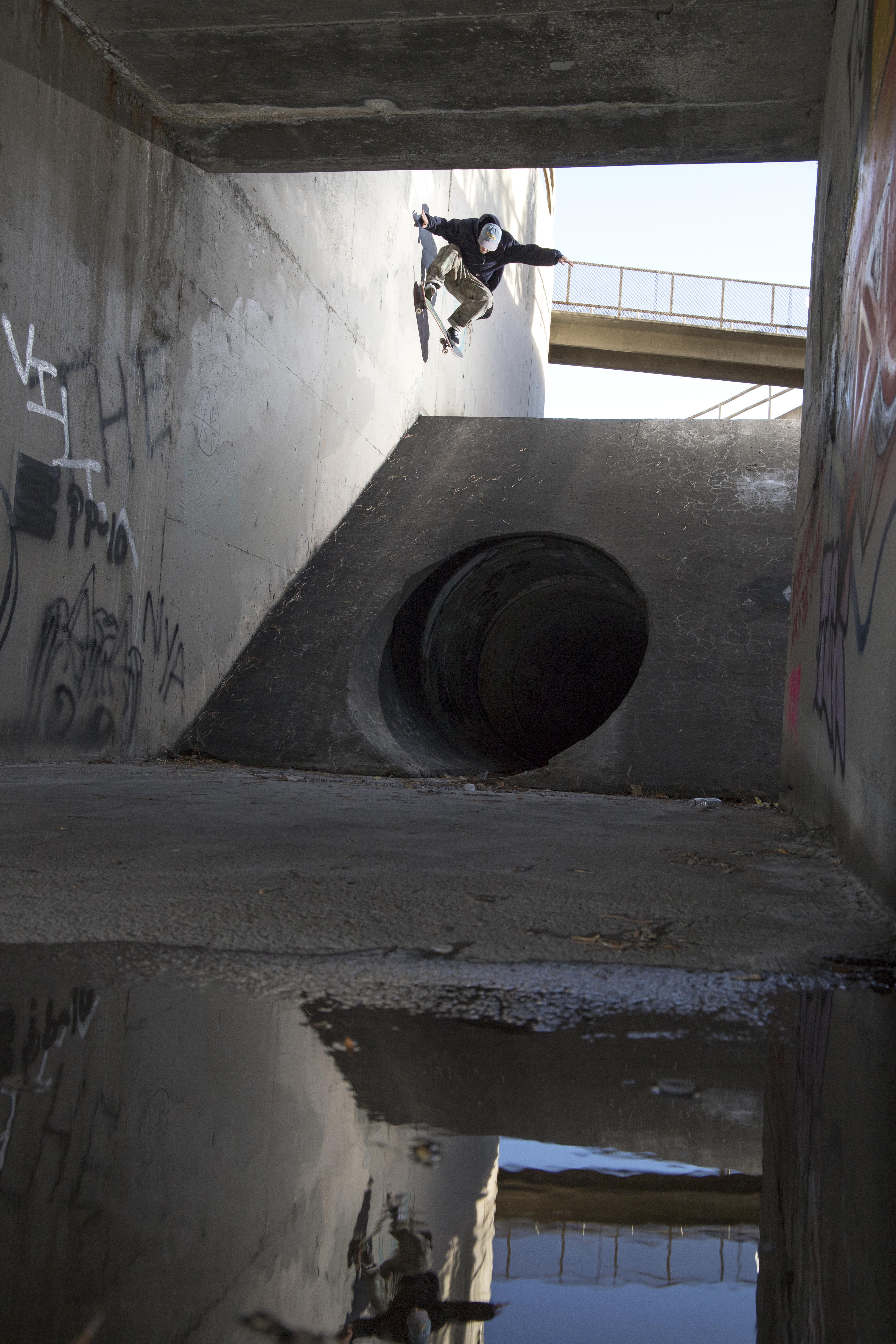 The path one has between the wall & the circular abyss cutting into this bank is a whole lot smaller in person, I tell you what. Mike D with a wallride nollie charging into the darkness.

This man’s got a professional skateboard now–I’d say it’s long overdue. Bryan Chapo kickflipping over the fence and into the crust. 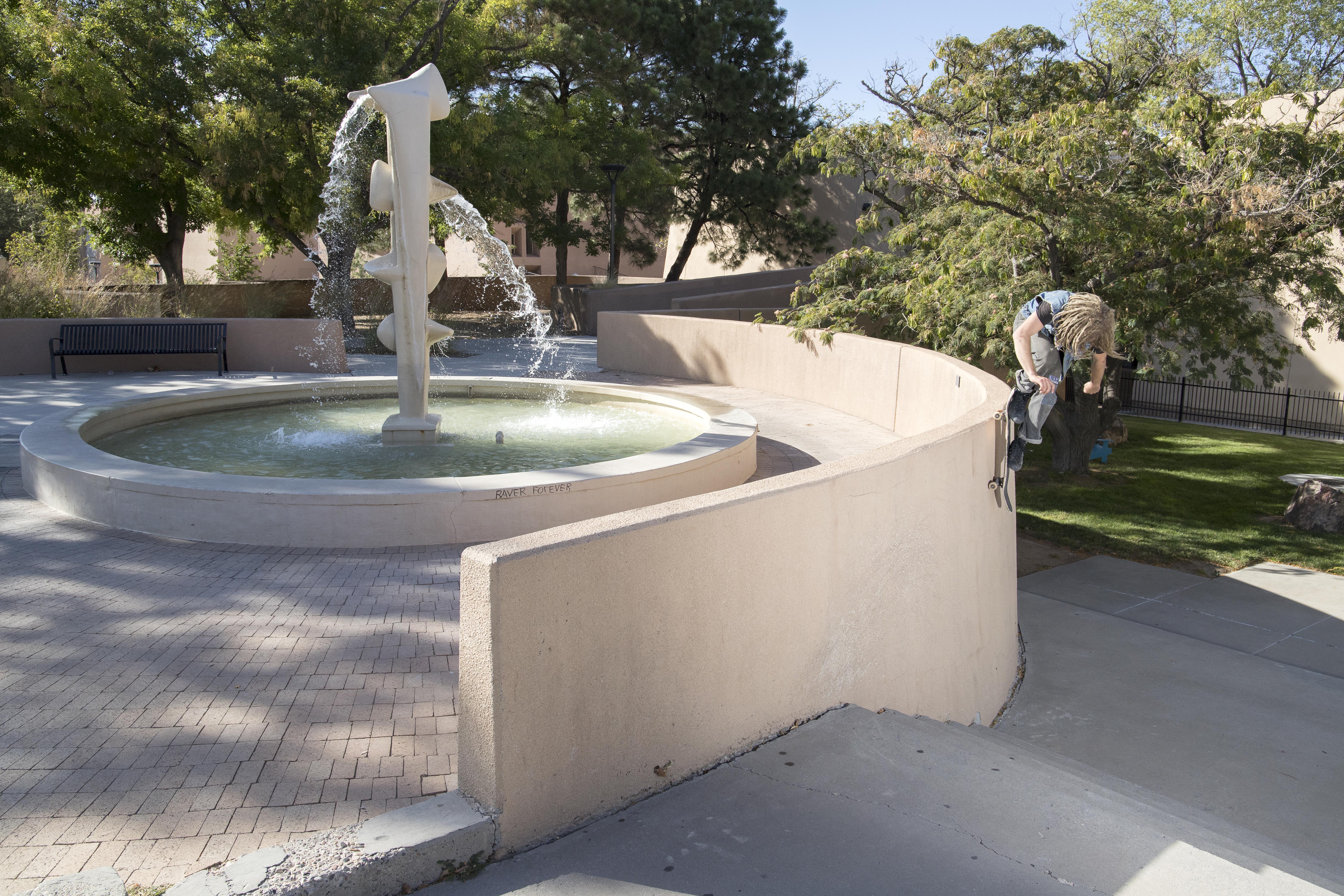 Probably the kindest & dirtiest human you’ll encounter in the Southwest–Here’s George Owen with a disaster drop-in four wheels down the wall. 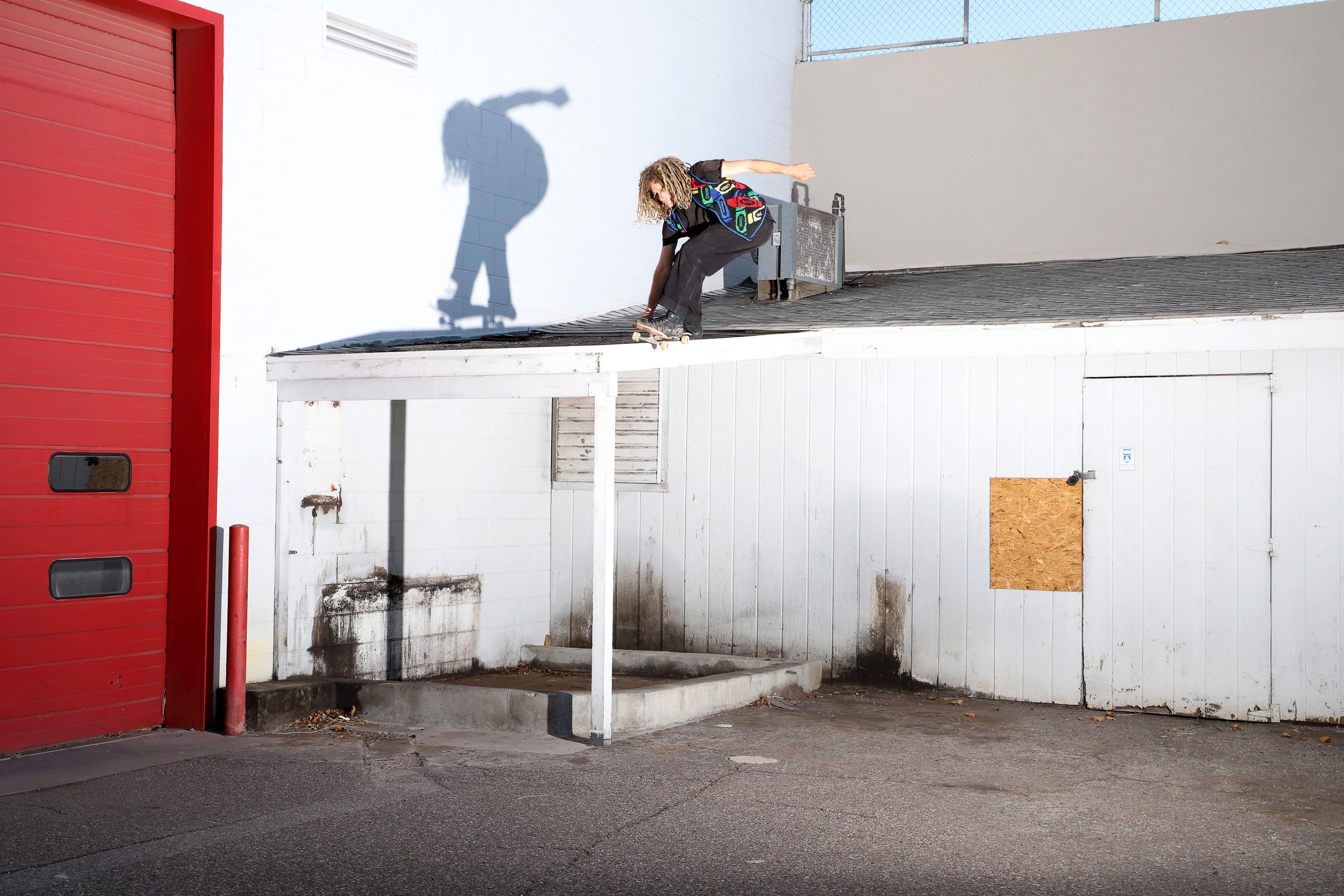 George damn near caved in the roof in the process of making this ride-on grinder happen–Skate & Almost Destroy, right? 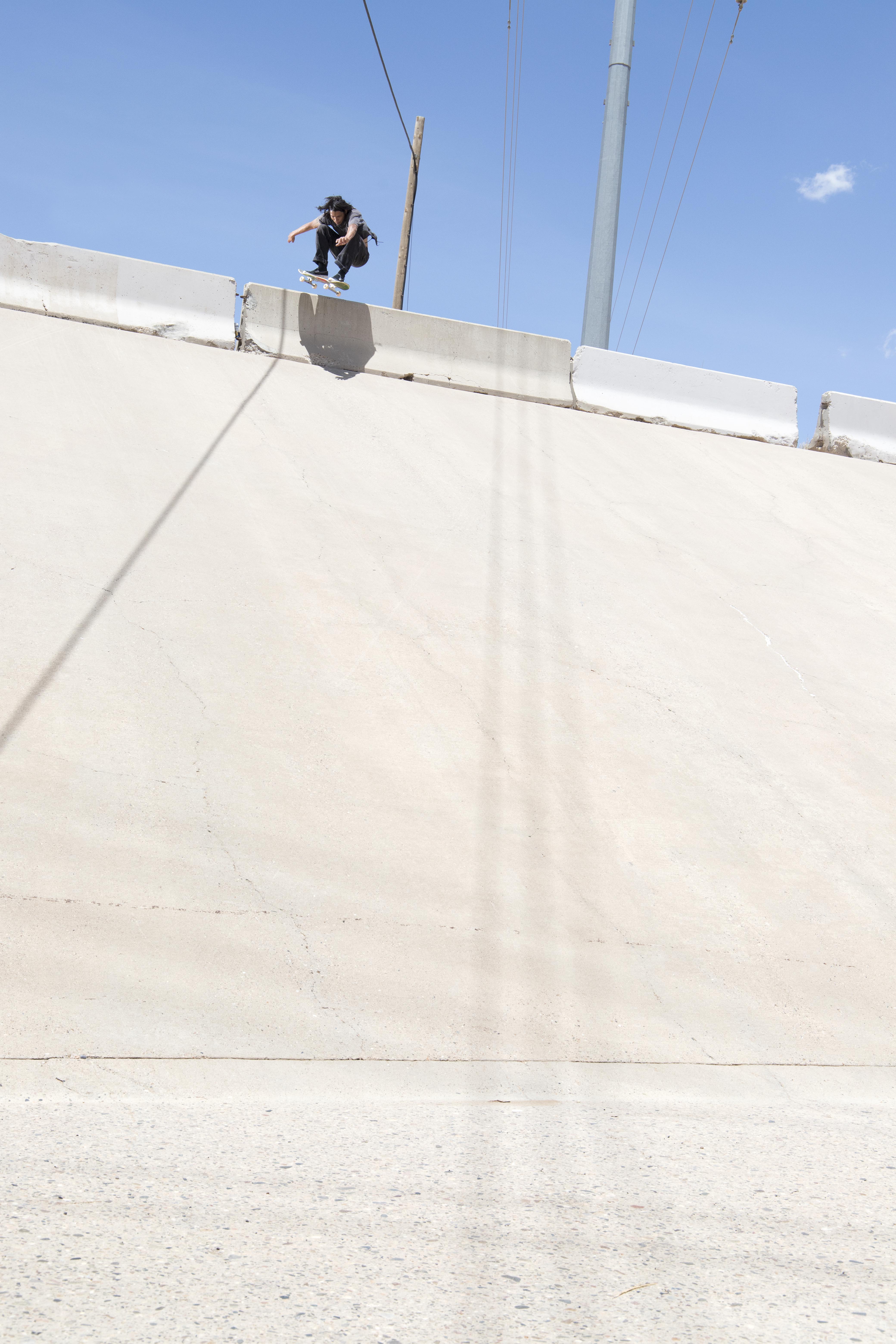 This spot got destroyed so severely in the newest Chapped installment, I don’t think anyone will ever be able to sit on this bench safely ever again. John Kurkowski with a nollie inward heel over this bad boy. 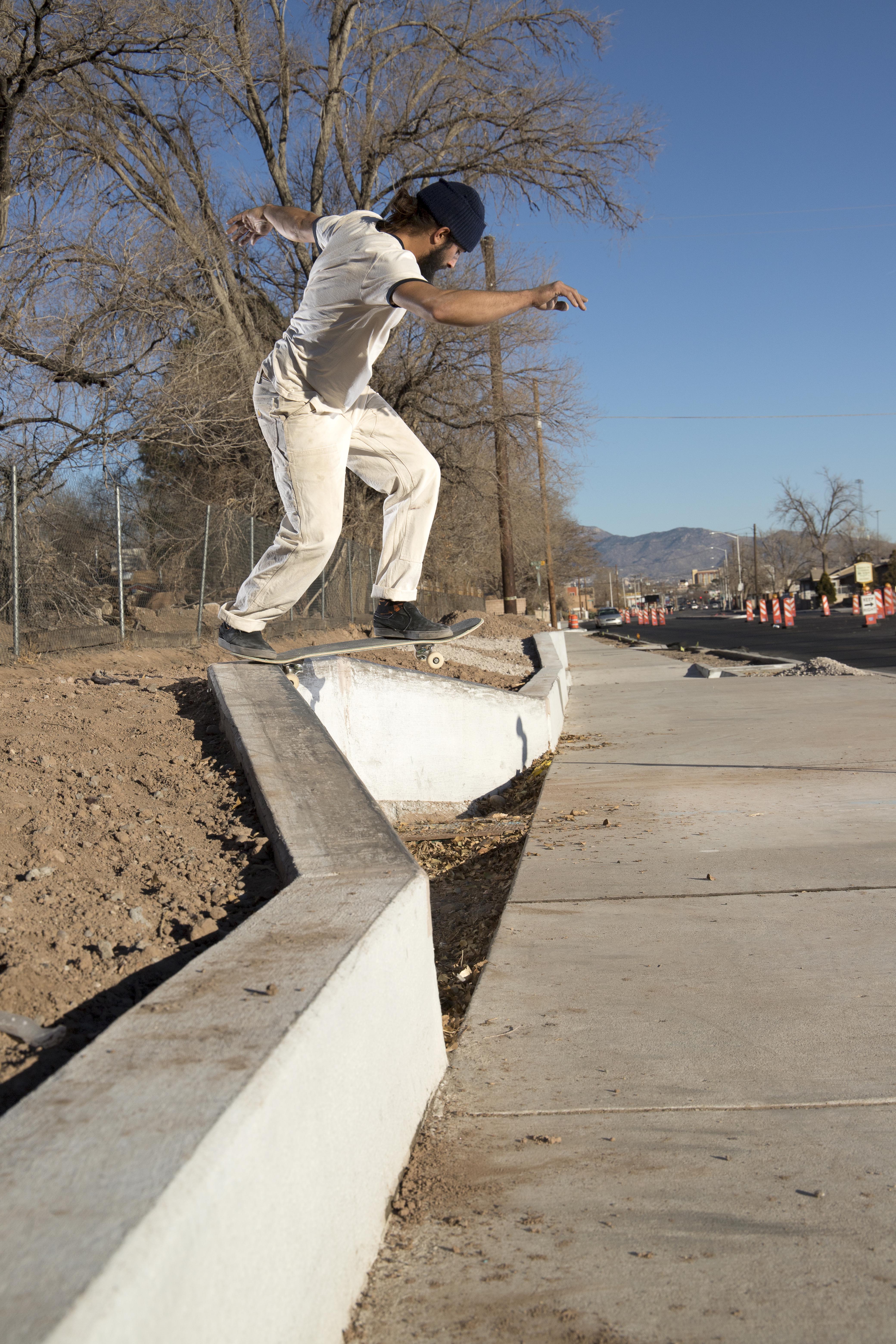 Greg DeMartini is a silent killer. He’ll be laying low in the cuts and then BANG, back tail up flat and down like NOTHING. 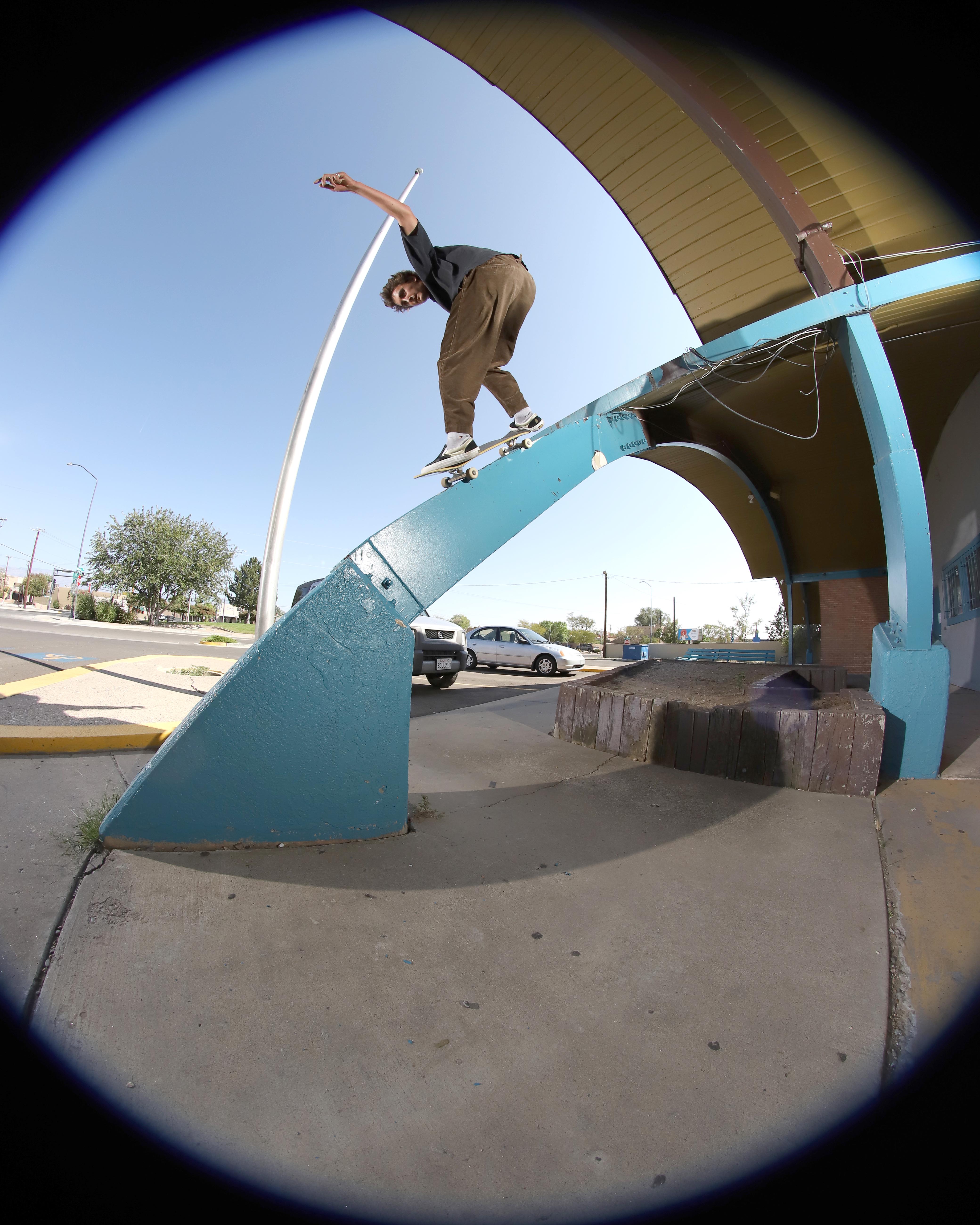 Khalil Amore’s drop-in grind here makes no sense, but somehow he made it happen. 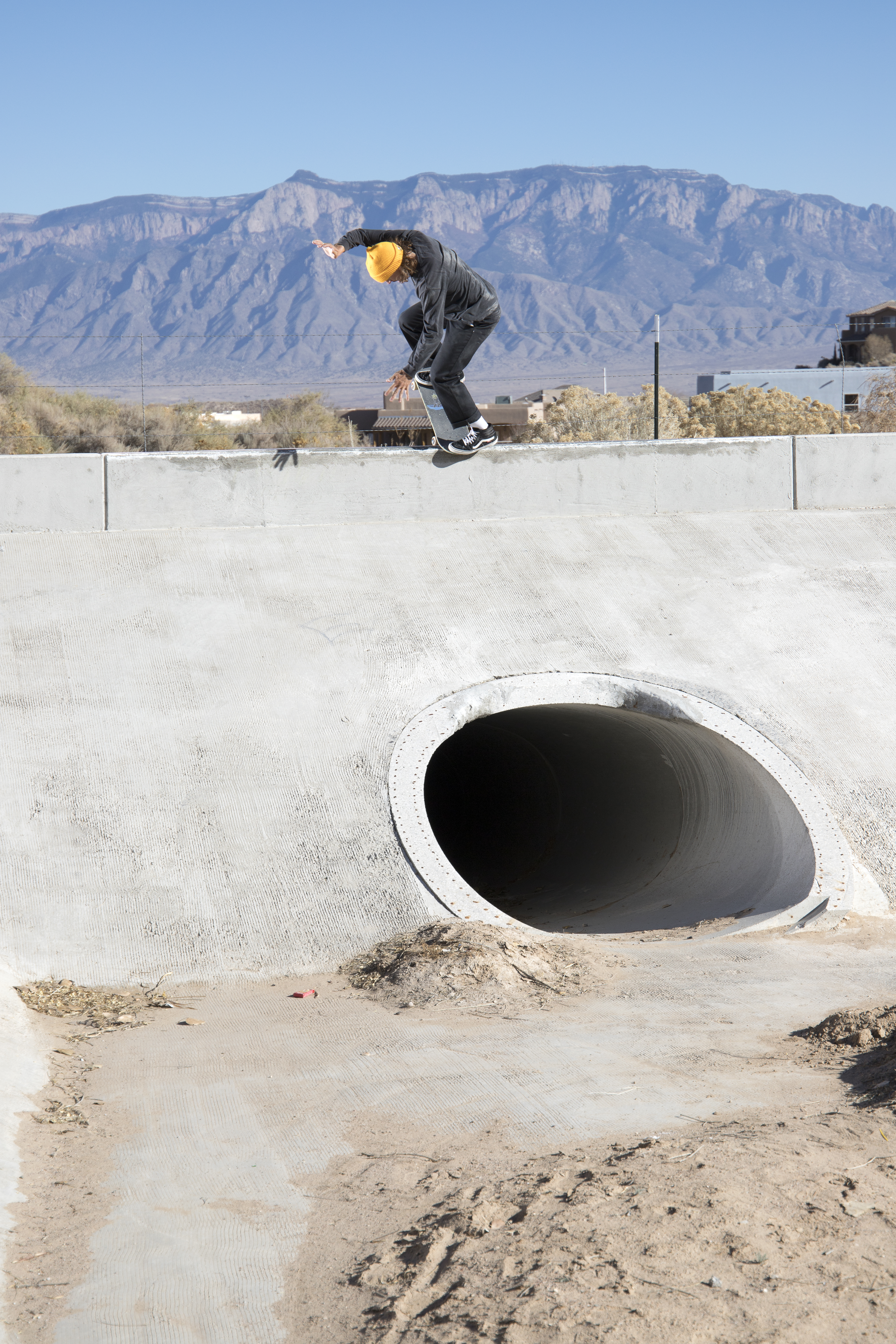 Tyler Franz put in some serious work out in the desert avoiding an East Coast winter & we’re all grateful for it (check the Krux part for the receipts). Front blunt alley-oop dismount at the Toilet Bowl. 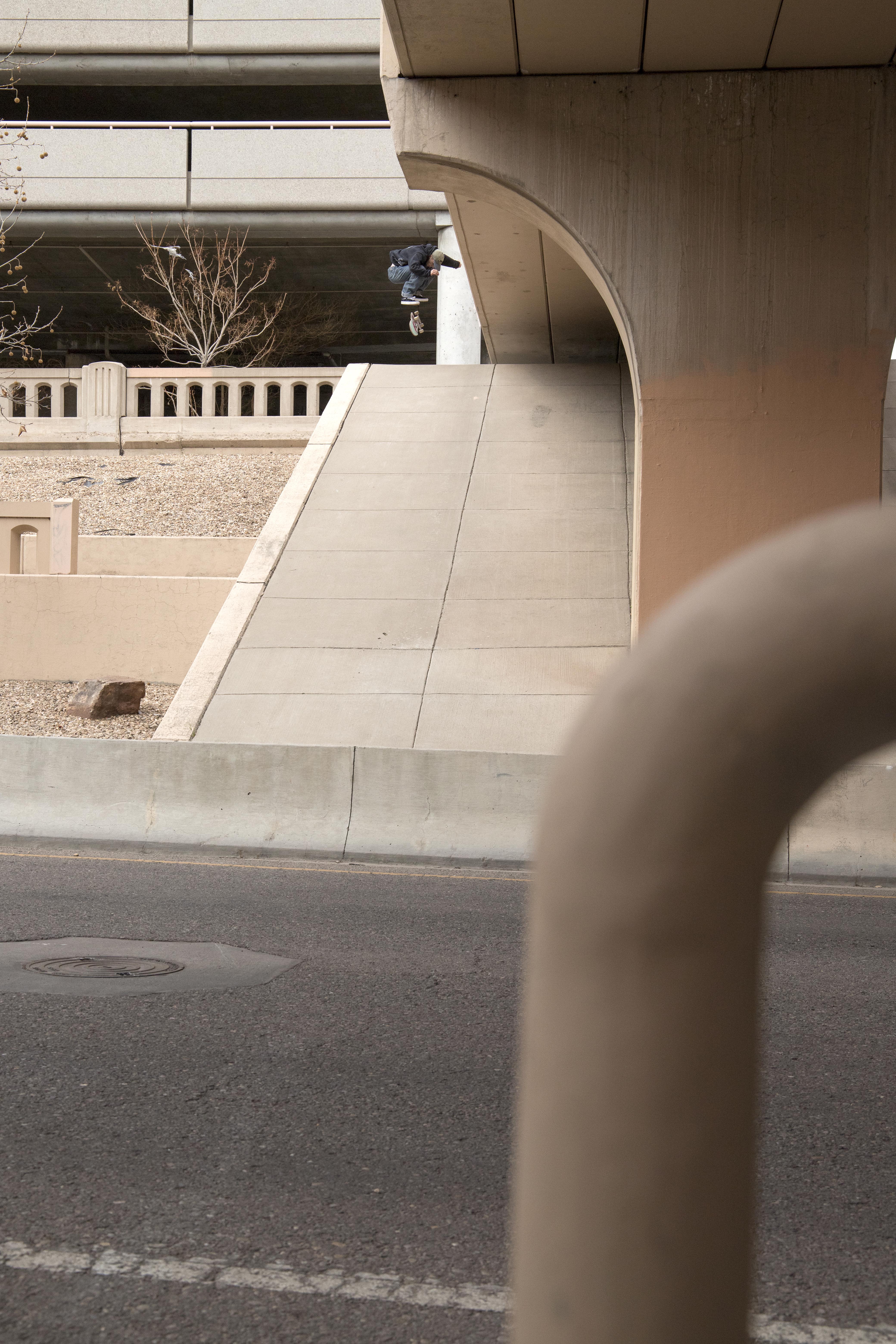 This is real 100% skateboarding. No farce, no powerslides, no fancy outfit slomo skatepark edit. Mike D with the nollie heel, ollie over the barrier into the street fast as fuck. He even ollied up the curb on the other side. Get with it or get out!

Follow Ryan at @ryanmaddox on the instabox & keep your eyes stapled open for more to come!