Jake had some serious schralpage in his “Black 2.0” part, so we had to follow-up & get a gander into that brain of his. Enjoy some photos taken by Ryan Maddox, the man behind the film, and performed by Jake Johnson, the man behind the part. FTTTTTTTTYAHHHHHHH! 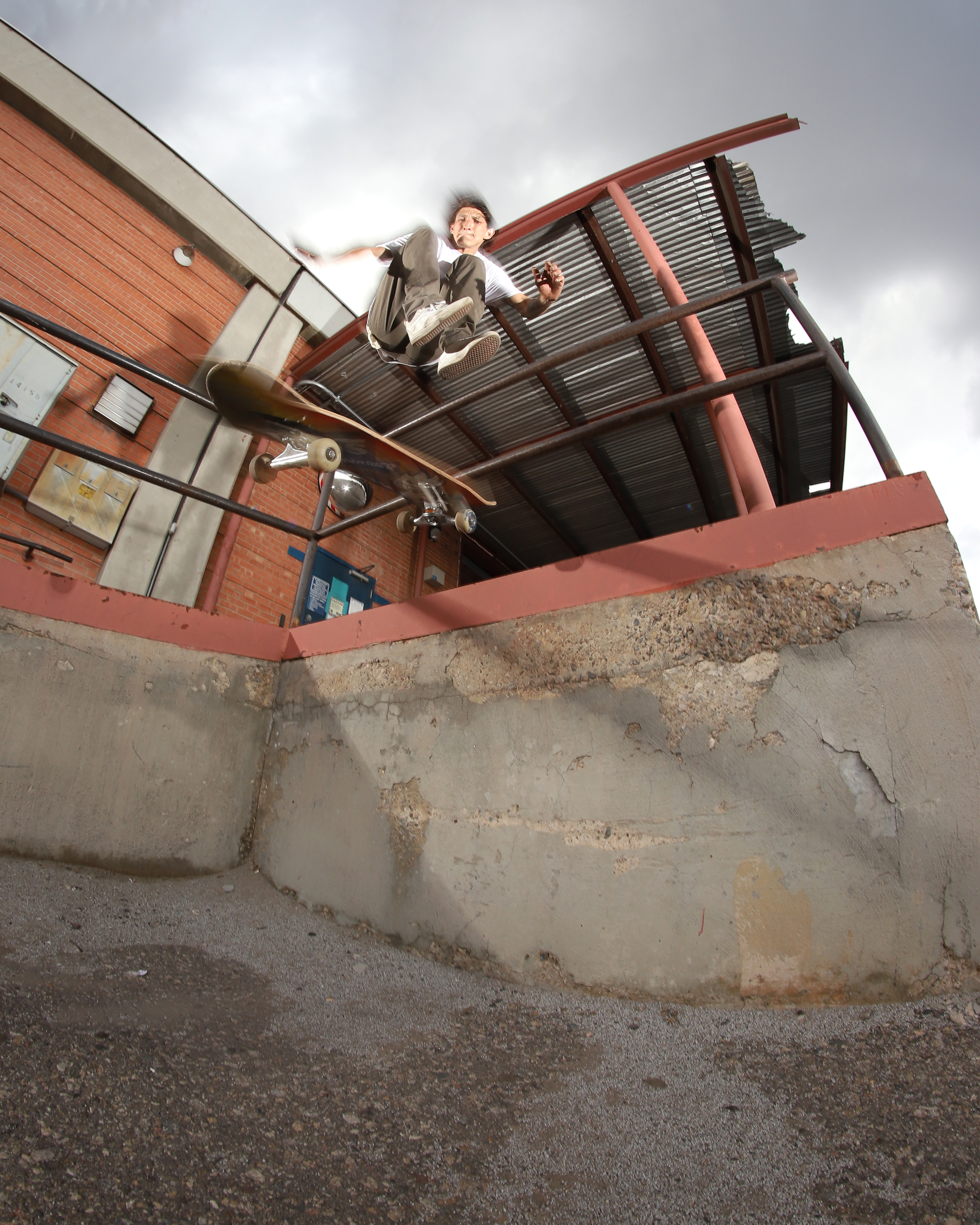 Yo! How’s the world for you?

Out here in ABQ, the weathers warming up and the skate scene is on fire right now! Life couldn’t be better for us out here!

Seems like you’ve been holding down ABQ for as long as I can remember, is that where you’re from originally?

Born and raised right here in ABQ! BEST CITY IN THE WORLD!

For the people that don’t know, what’s it like skating out there?

We’re spoiled out here the city is pretty small and has spots every where. Tons of ditches, a bunch of street spots, whatever your heart desires. 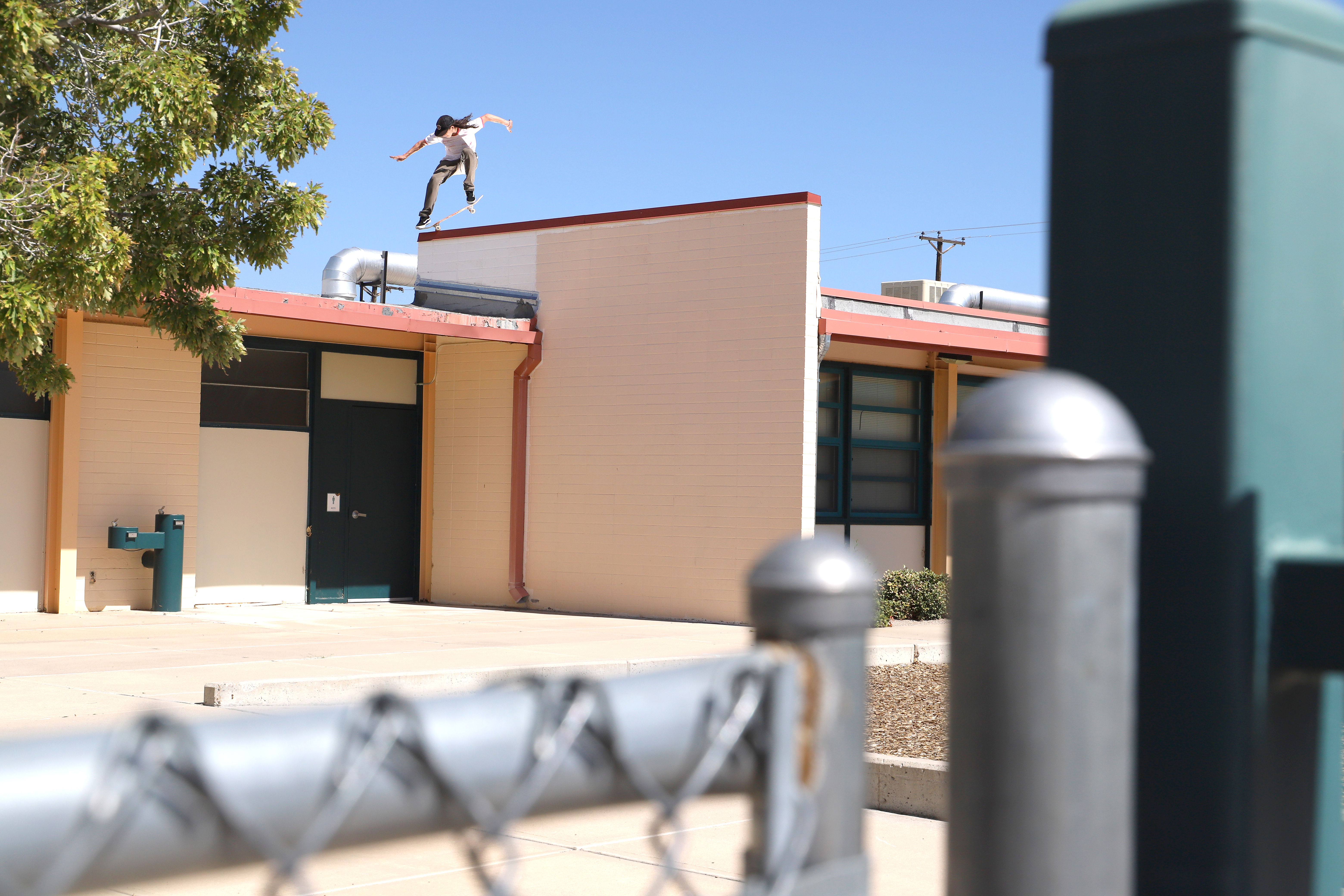 high-stakes crooked grind from the other side

So a lot of folks know you by the nickname Jake The Jeweler, but your actual name is Jake Johnson. How’s it feel sharing a name with another one of skateboarding’s greats? That ever get annoying?

Ohh man Jake is the fucking man !!! Never annoying. But, I have gotten some funny phone calls from people looking for him. Another time, he got one of my checks from NHS for some filming shit. You owe me a beer Jake.

I’ve wondered for a while, what’s the story with being called Jake The Jeweler? How’d that start?

I believe there’s an actual jeweler named Jake. Maybe he makes watches or something for celebrities. But when I was younger one of my buddies JT started calling me  “Jake the Jeweler” and it kind of stuck. Now I guess it refers to me having all the gems and jewels to skate out here in Albuquerque. Hit me up.

First time I met you was on one of those Big Meet Up trips, we were all partying at Palmers & you were buzzing pretty tough. You got all fired up out of nowhere, grabbed someone’s board, tried to roll off the deck into the waterfall, smashed your face & started gushing blood all over the pool. You remember that? I was thinking at the time “Holy shit, this dude GETS it”.

I wouldn’t say that I remember it. But I’ve been told the story so many times that I think I have a good idea of what happened. After I took the slam, my ol’ lady cleaned me up and I went back out there and landed that shit. What a time to be alive!! 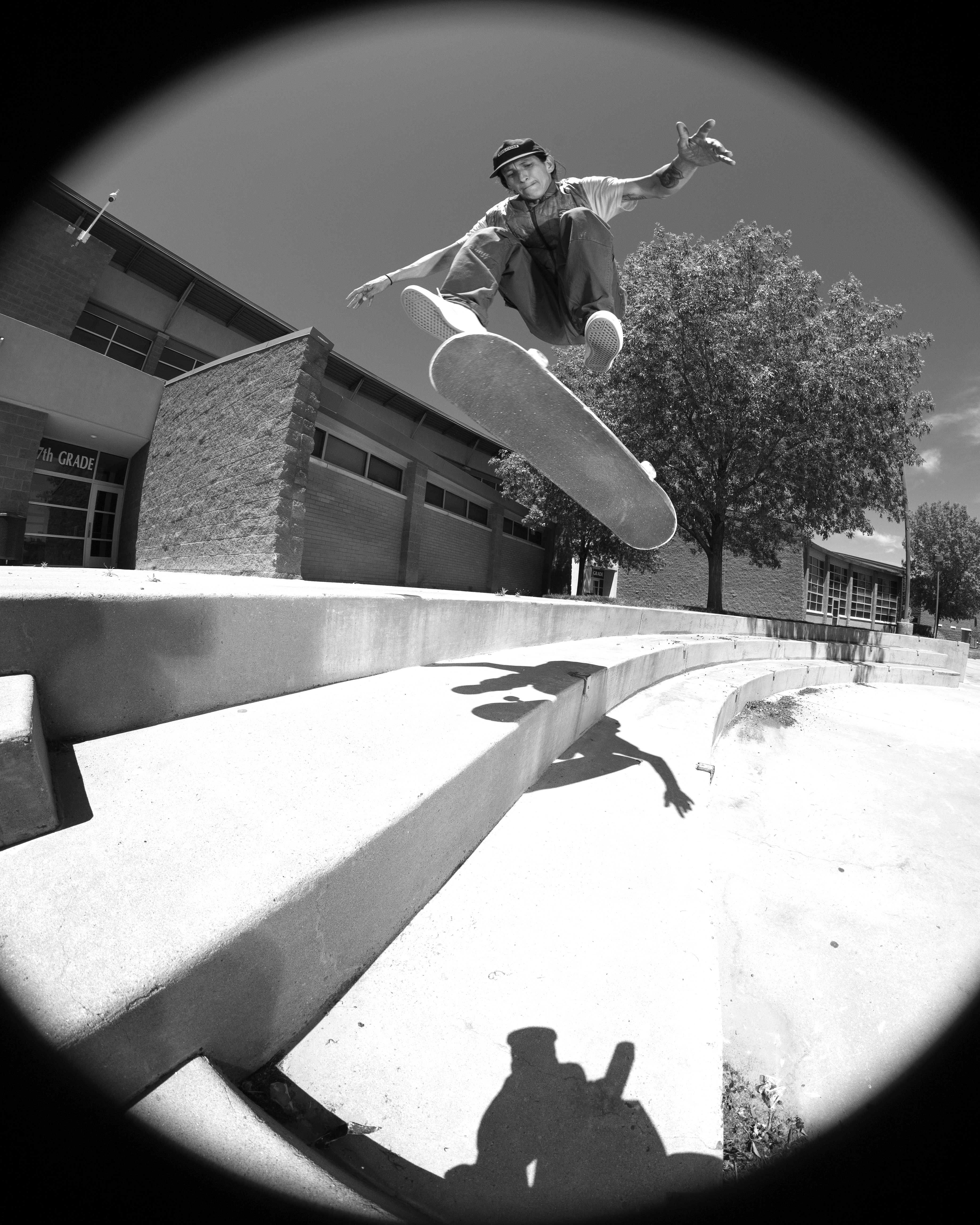 New Chapped full-length “BLACK 2.0” is out, how do you feel about it? Seems like you put some serious work into this one!

I couldn’t be more proud of the video, the crew, RYAN, ABQ. We’re on fire out here!

Any specifically difficult battles that went into the video?

Probably the trick I did the worst! That half cab flip down the set. The crew was like 20-30 people deep and people were jumping so I was hyped up. I landed it like shit but we were in the midst of a pandemic and I’m 33 years old still jumping. We gotta take what we can get in these hard times.

Ryan’s a diehard, skateboarder 100%!!! He’s become like a brother to me. He’s a man with a vision, which is always sick when filming a part. I do my thing and I know when he’s done with it, it’s gonna be rad! 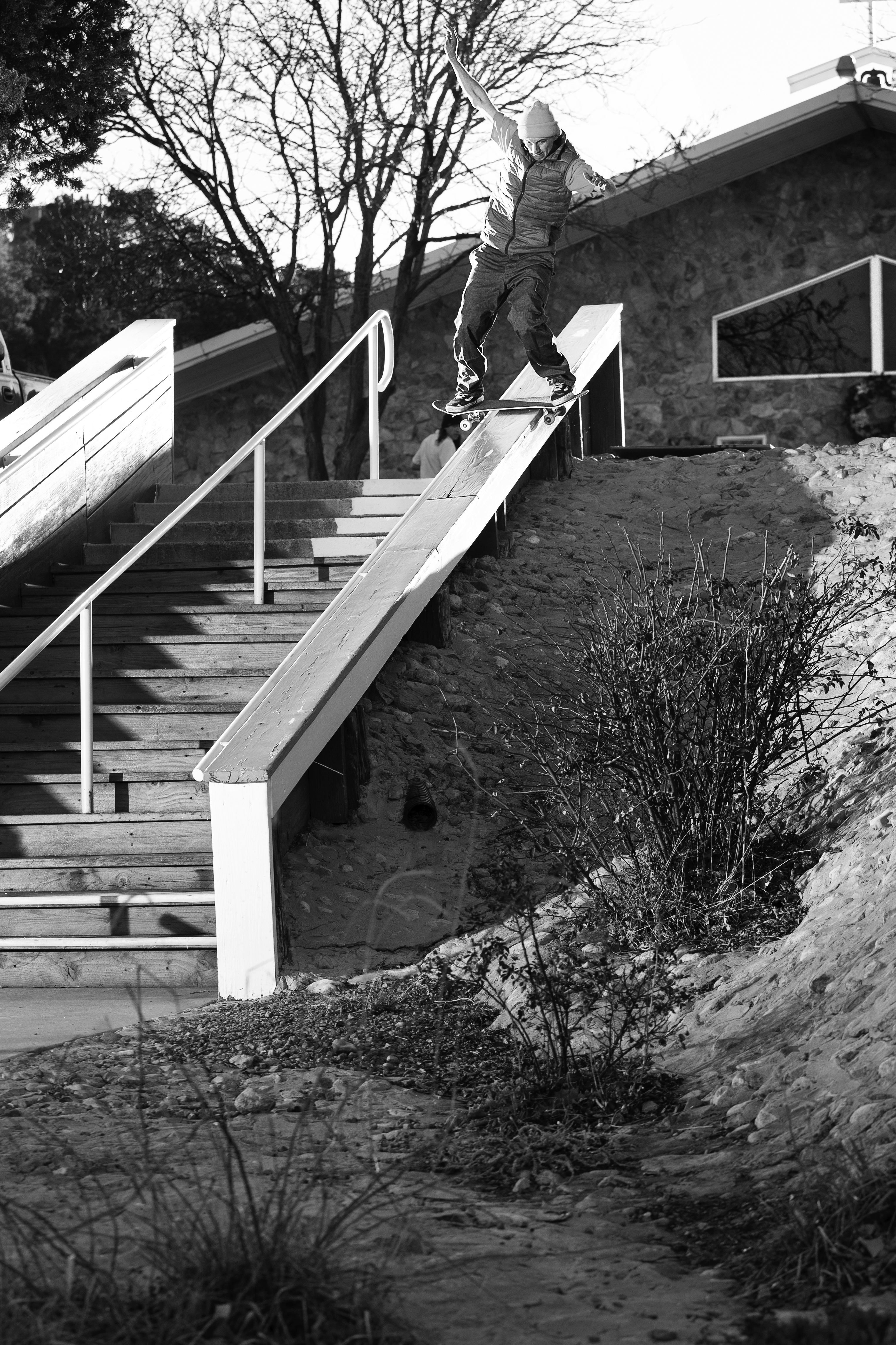 backside slider straight into the crust–jake literally rocked away through the rocks. photo: Arias

I see in your footage that you’re continually paying homage to the homie, Raver, & it gets me juiced to see you carrying the flame forward for him. Got any good Raver tales?

Ohh man, if I started telling raver stories they would never end. He’s jus the wildest mother fucker I’ve ever known. Cody showed me a lot of what “to do” and just as much what NOT to do. Dude showed me how to love your friends, even if you gotta be annoying about it. He showed me how to put my safety and everyones concern aside and jus fuckin GO FOR IT! He’s waiting on the other side with cold beers for all of us. See you in the sky ditch RAVER!!

Any shoutouts or folks you wanna send some love to?

Anyone and everyone thats made the ride fun a long the way. All the skate shops in ABQ Skate City, FILTER, that dude in an RV that sells boards. Those shops give so many of us a home and we couldn’t do it without them. Ryan for all of his blood sweat and tears that went into the video. You guys over at Lowcard for all the love and support over the years! Can’t wait for that next BIG MEET UP! And MOST of all MY PEOPLE out here in ABQ! FTTTTTTTTYAHHHHHHH!

Thanks for your time, player, and for being the human you are!