It’s Friday finally, ditch work and get out there… 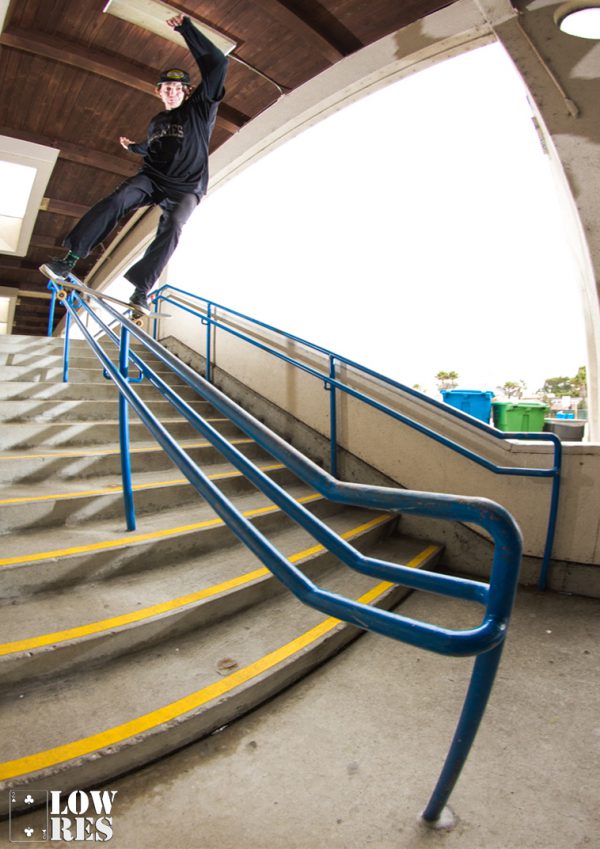 “Slam after slam, Aaron just loves to huck. Deadly kink, but not too deadly…” 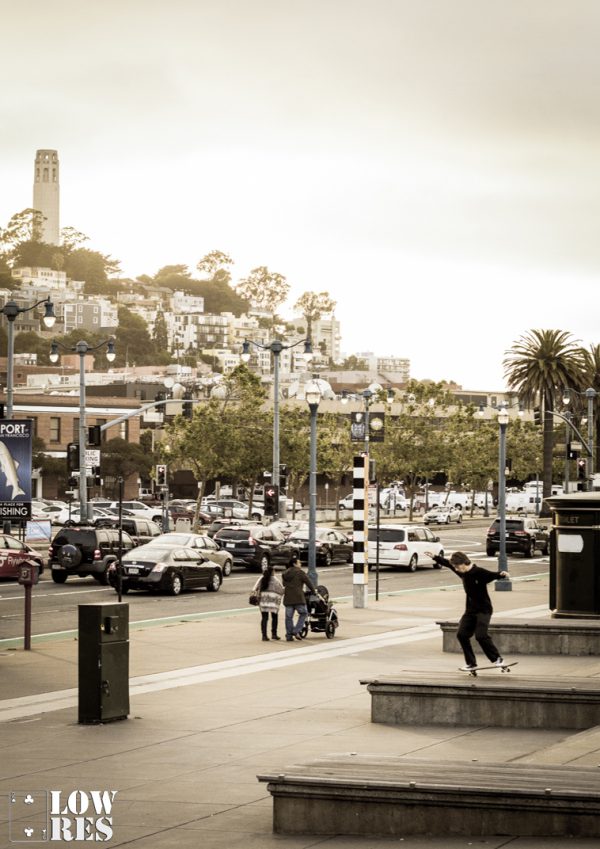 “Ottos one of those “chill dudes” Lol…” 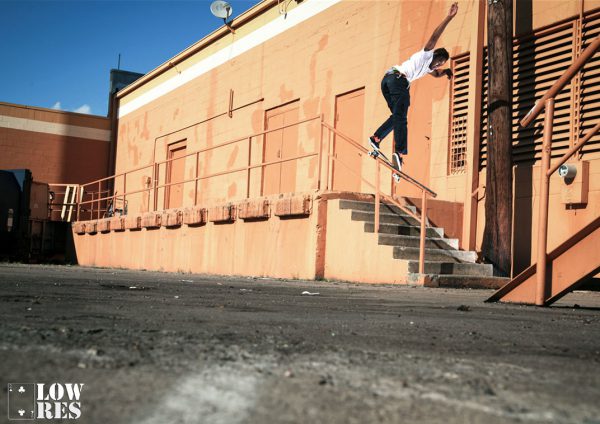 “I havent been to this spot in years, we randomly came across it looking for a ditch by Alliance Skate Park in Grand Prairie Tx. In my eyes thats what makes Jamarus a well rounded skater is his ability to change his mindset and step out of the comfort zone and skate whatever is put in front of him with ease. Ive seen this guy skate alliance in his younger years and watch him continue to progress so quickly its unreal. Only big things to come from this kid…” 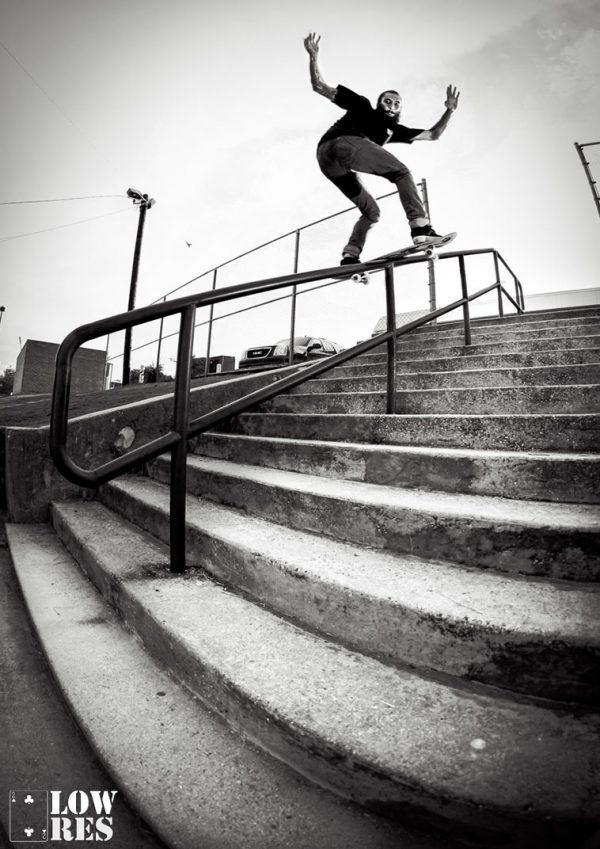 “We decided to drive around this spot of Fort Worth we had never really looked at with no sign, a squared tailed board, and a camera hoping for the best. We ended up at this 14 stair rail with a huge crack right were you pop. Dakota made good use of the new spot with a quick front board on the square tail…” 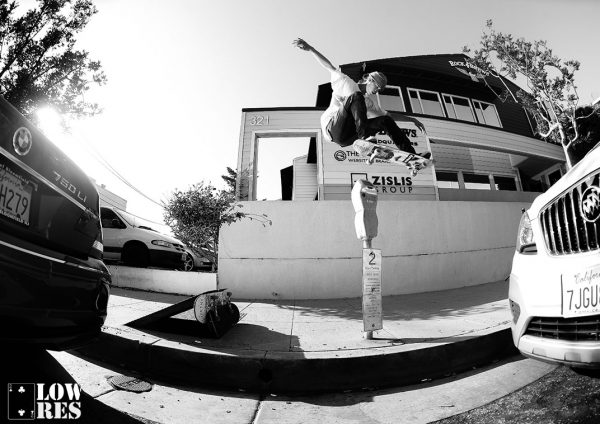 “I think the homie logan suggested we hit manhattan this day super random and everyone was down. We ran into this spot on our way to a crusted ledge which was beast. At first it looked too cutty because cars were parked alongside the meter but we swept some shit and Justin snapped one over for all the homies…” 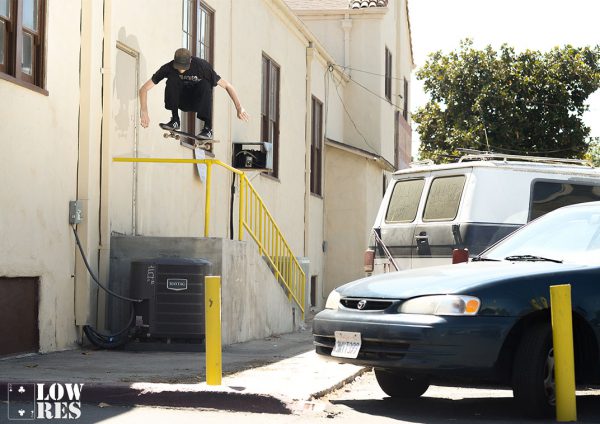 “We pulled up to the spot around noon, first spotter of the day so everybody was basically just warming up while Christian handled that front 180 in a line, probably 4 times on some reynolds type stuff. Homies were skating cars in the mean time it was a circus…” 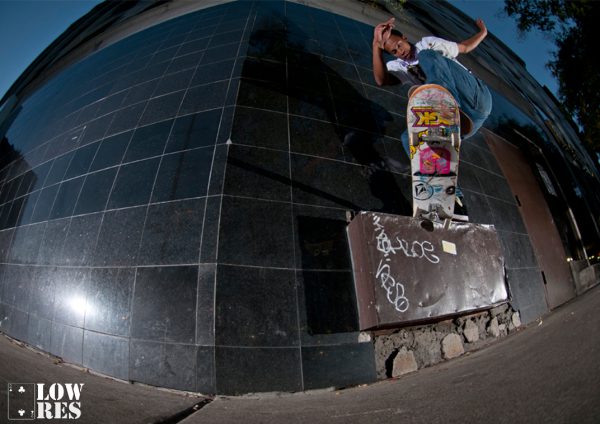 “This is a dodging kind of spot here in Boston, it’s right next to a popular spot and usually goes untouched. The run up runs along side the back of some restaurants in china town, which makes for some interesting traffic.Brian Dodged his way past a couple open doors and stuck this one a few times for the photo…”

“As one of America’s last standing plaza spots, Eggs still offers many different ways of skating. Dana, one of the long time locals decided to take a break from his switch tre flip tail slides and hop in to a big fs noseslide from flat…” 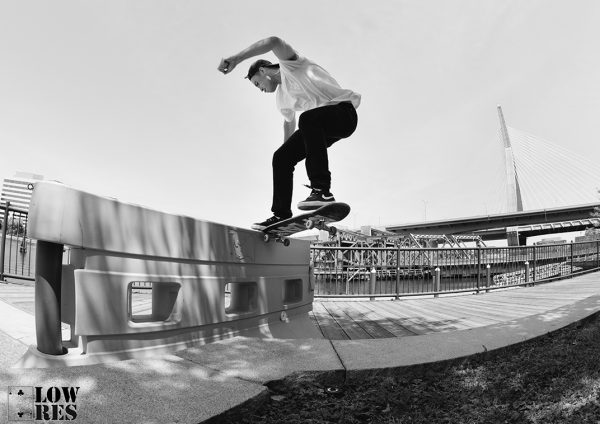 “Curt and I meet up early at Eggs for an early morning skate. To mix it up a little, Curt and I dragged this plastic jersey barrier over to set up a shot with the Zakim Bridge as a back drop…” 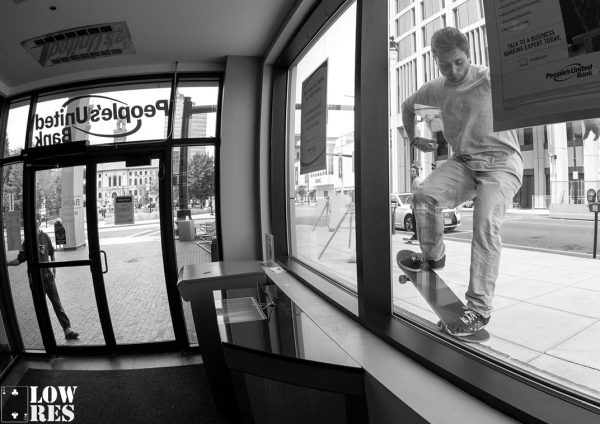 “On a ledge outside a bank ATM in Worcester…” 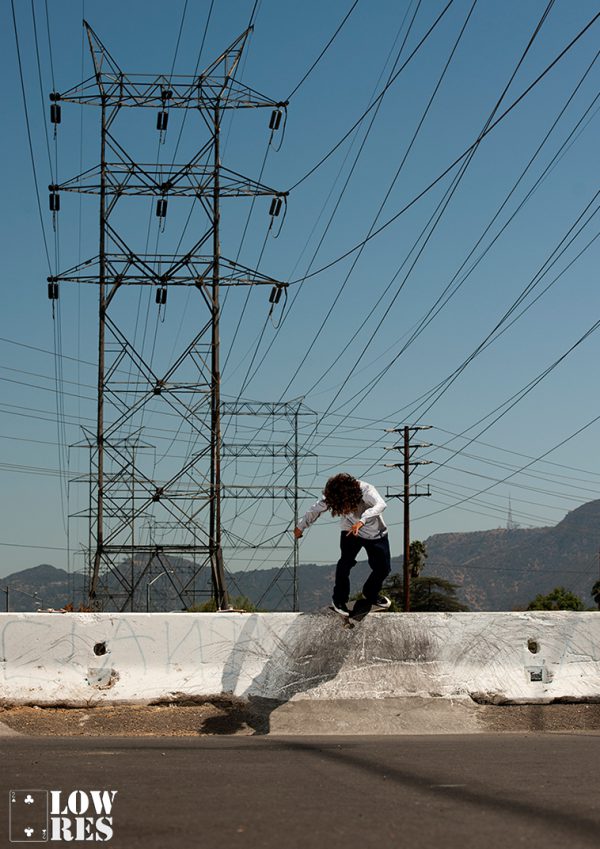 “I just recently moved to California from Colorado and loving it! It’s always tough moving to a new place and not knowing too many people at first, luckily I know Jared. He just spent the last year skating in Colorado filming for a part in the Deimos Video that’s about to come out, a local scene video from Cameron Youngman. Jared moved back to Los Angeles and has been out skating with me almost everyday, showing me around and introducing me to some rad skaters. Thanks mate…” 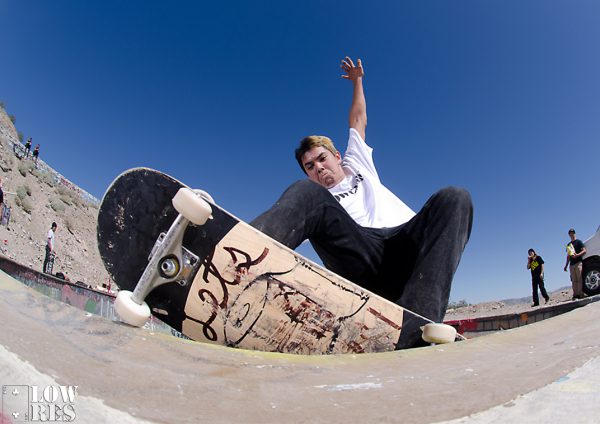 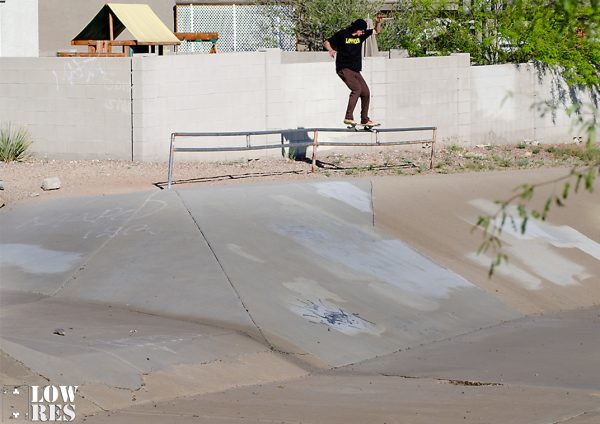 Like to see your photos posted in a future “LOWRES”… Send submissions to chris.lowcard@gmail.com